The world premiere of this new play, written by Martin Spencer, was the first production presented by Bravo and was performed in April 2015 at The Mill At The Pier in Wigan. The comedy follows the adventures of the Wheeler family who rise to fame by chance when they unexpectedly appear on a quiz show; however this TV programme has a secret twist! This was the cast:

Images from the play are shown below. Click a thumbnail to enlarge the photo. 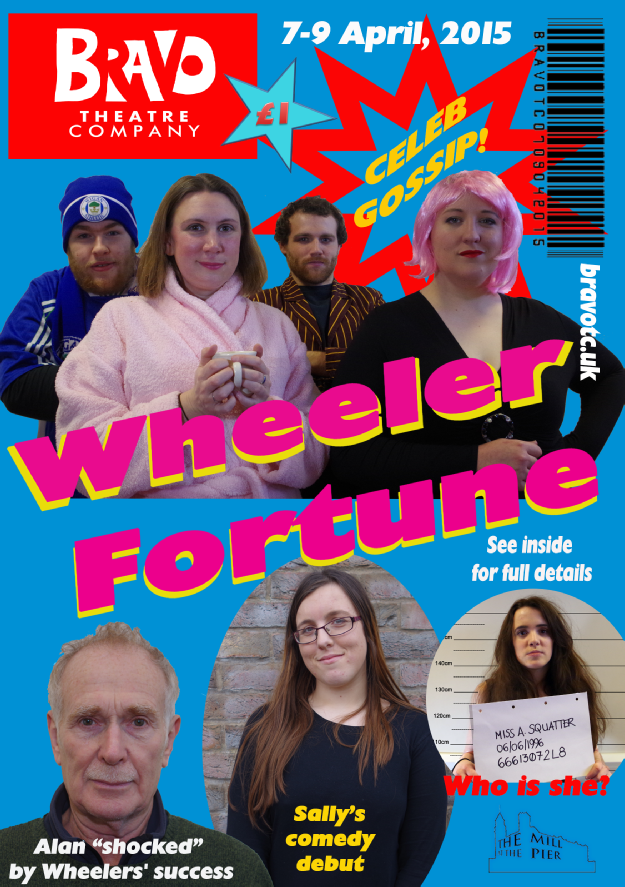