Saime Higson is a partially sighted actress represented by VisABLE People who exclusively manage actors with disabilities. She has a BA in English and Drama as well as an MA which specialised in the rhetoric of literature and performance.

She has played a variety of roles many raising awareness of important social issues including domestic violence, sexual harassment at work and terminal illness in teenagers. Saime intends to use her disability to open the eyes of audiences and prove that we are just like everyone else, which includes performing to speak for an often overlooked minority of actors and actresses.

The role of Creative Director entails being significantly involved in our future productions in areas such as: audition panel and casting, play selection, costumes and props, voice work, dramaturg and of course, as an actor herself. You will be seeing and hearing a lot from Saime in the future and Bravo is very pleased to have her on board. 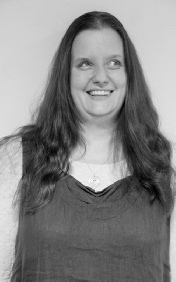